With the solar panels operational I wanted to try to get the monitoring of the electricity consumption and solar power generation working properly. The plan was always to use the monitoring built in to the ImmerSun solar power diverter to do that, but that plan was derailed by 4eco, the manufacturers of the ImmerSun devices, going out of business in July 2016 – the month after I’d bought my ImmerSun units.

The good news is that the ImmerSun technology was purchased by another company (SISEM Ltd) and everything – including the monitoring via their Cloud-based server – is currently working OK. I’m not impressed by their communication since they failed to respond to several attempts to contact them by phone and email but via other resources on the Internet I worked out how to reconfigure the unit to contact the new server.

I’ve written a separate Page which goes into more detail of what I had to do and also covers how to grab data via a script. The mobile app (partial screen-shot below) is quite pretty and has some pleasing animations but the data is most useful when it can be integrated into a wider monitoring system and displayed alongside other data on a single dashboard. 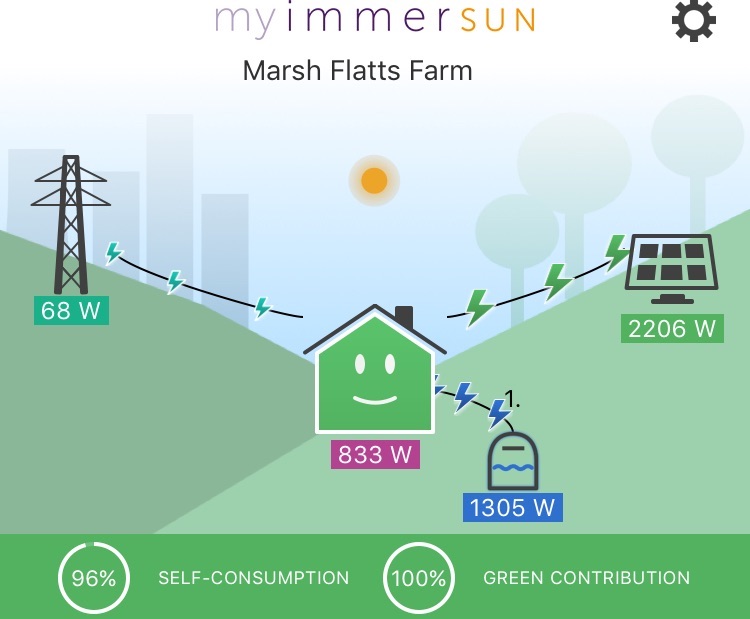