After persistent rainfall over recent days, including a heavy shower on Saturday morning, there’s a lot of standing water on the site and what was hard, dry red clay has turned into sticky, wet red clay in the GSHP collector trenches. 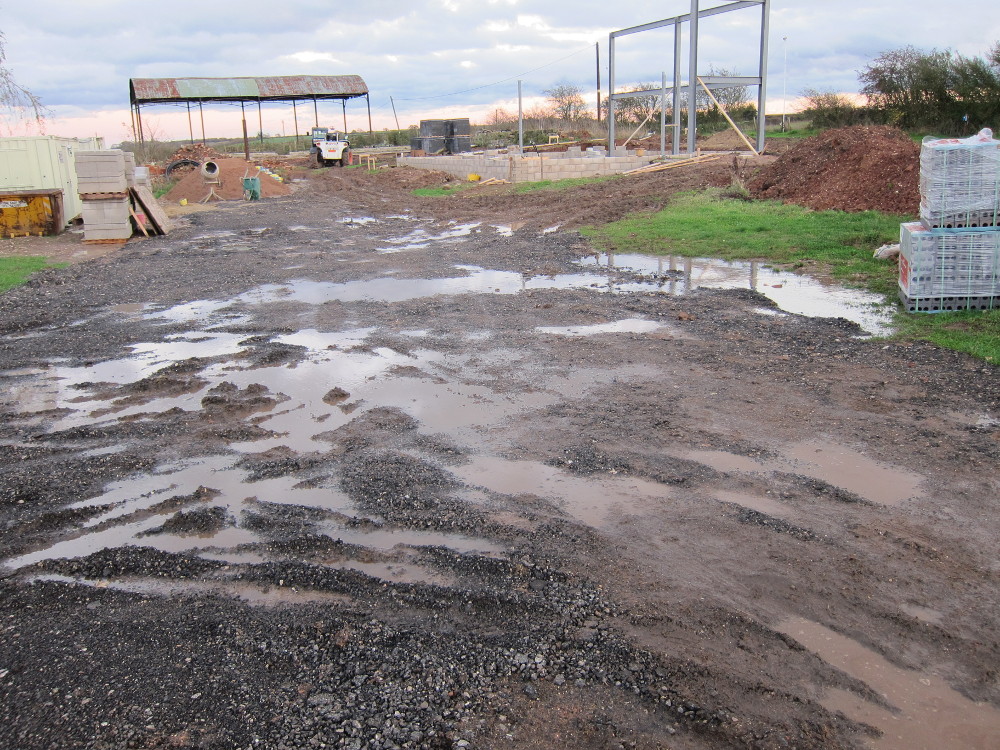 It’s not a big surprise to me, having lived on-site for over a year now, but it reinforces the logic of placing the house where it is, 1m up above the dfiveway, and shows how important it’s going to be to effectively drain the driveway when the house is completed.

The water level in the adjacent field drainage ditch is significantly (500mm or so) lower so it’s not as if the water table is at ground level.

One consequence of having such large amounts of standing water outside on relatively warm but overcast days is that the relative humidity outside must be close to 100% and so the relatively humidity inside the caravan is also very high – often measured at 75% or more. I’ve borrowed a dehumidifier from a friend which has proven successful at reducing the relative humidity from 75% or more to 60% or less. Once it gets colder outside and I need to use more heating in the caravan it will stop being a problem.