It’s been very wet recently so the ground is saturated and further rain isn’t soaking in. These are exactly the conditions under which the swale is designed to temporarily store rainwater before letting it gradually drain away. (The rainwater collected from the roof of the house and from the paving around it is directed to the end of the swale next to the house.)

Normally any rain percolates into the subsoil before getting to the end of the swale but not today: there’s standing water all the way to the end. 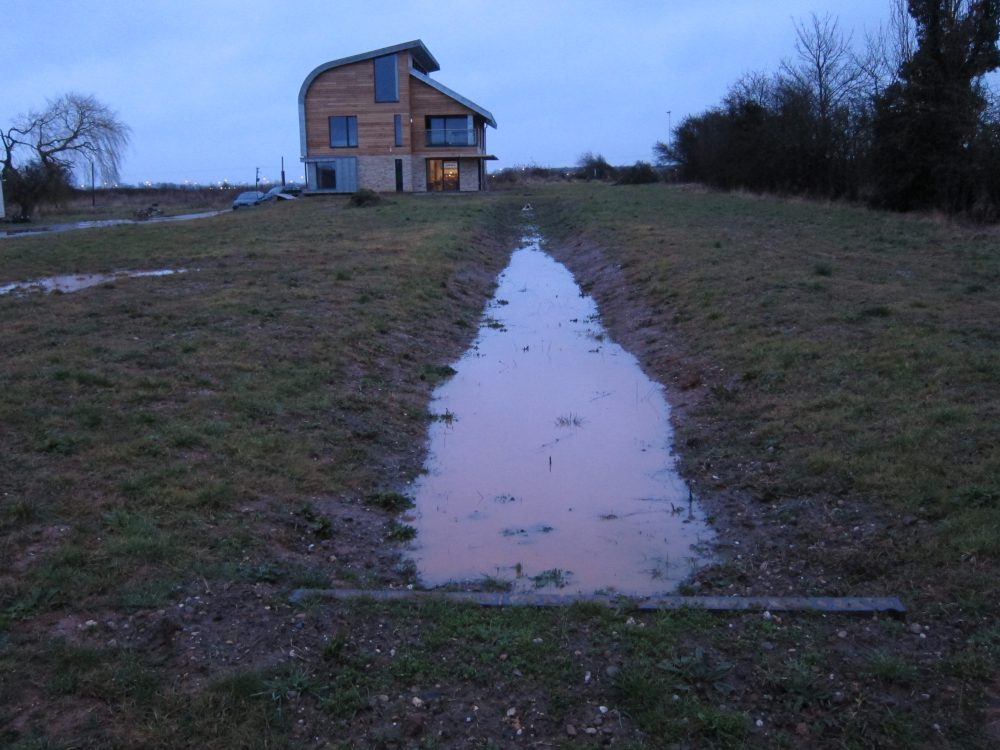 Since much of the ground is clay the assumption was that the swale would primarily provide a means to transport water to the field drainage ditch, holding it back temporarily with an orifice plate on the outfall. In reality much of the water percolates through the bottom of the swale and this is the first time I’ve seen anything discharging from the outfall. 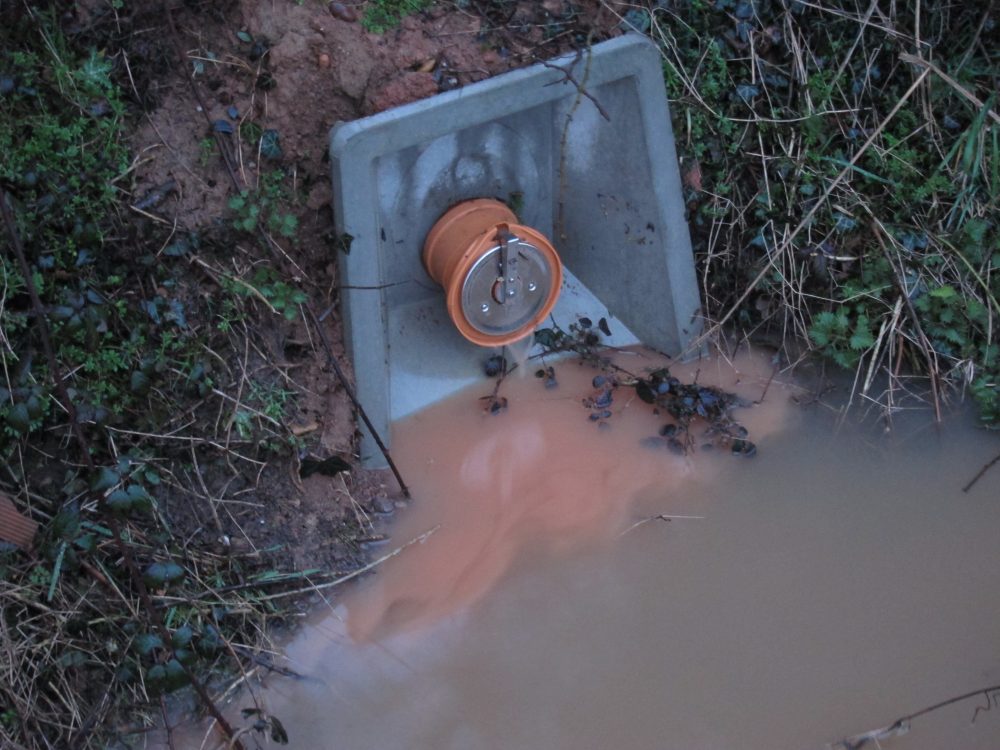 Small trickle of water from outfall from swale

Swale Doing Its Job by Marsh Flatts Farm Self Build Diary is licensed under a Creative Commons Attribution-ShareAlike 4.0 International License.