To act as a bit of a wind-break and to help divide up a large expanse of grass there’s been a plan for a while to have a new hedge running at right angles to the existing boundary hedge and heading towards the south-west corner of the house.

Sue Hayward recommended Hornbeam which is a bit like Beech but much more tolerant of wet conditions (and it’s really quite wet near the boundary hedge). It’s a native species but more formal than Hawthorn or Blackthorn.

This is a perfect time of year to get bare-rooted plants into the ground and local company Woodgrow Horticulture supplied some nice 60-80cm specimens for less than £1 each. The hedge is 12m long and will be clipped to 1m wide (which is roughly the width of the bare soil in the photo). A staggered double row at 50cm spacing needed 47 plants. 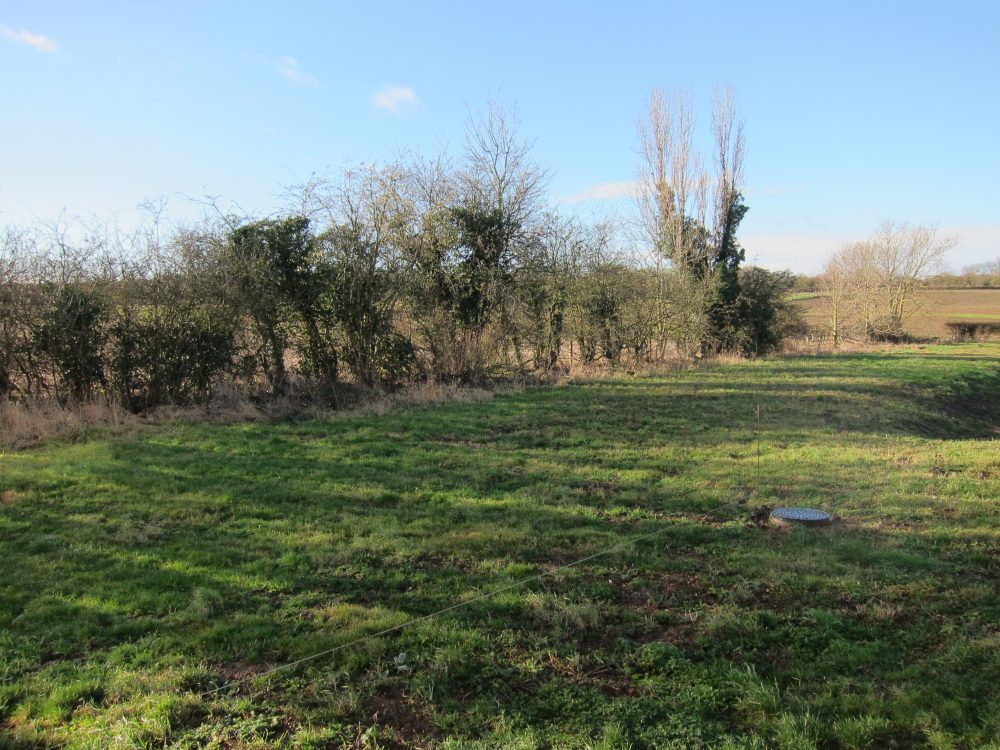 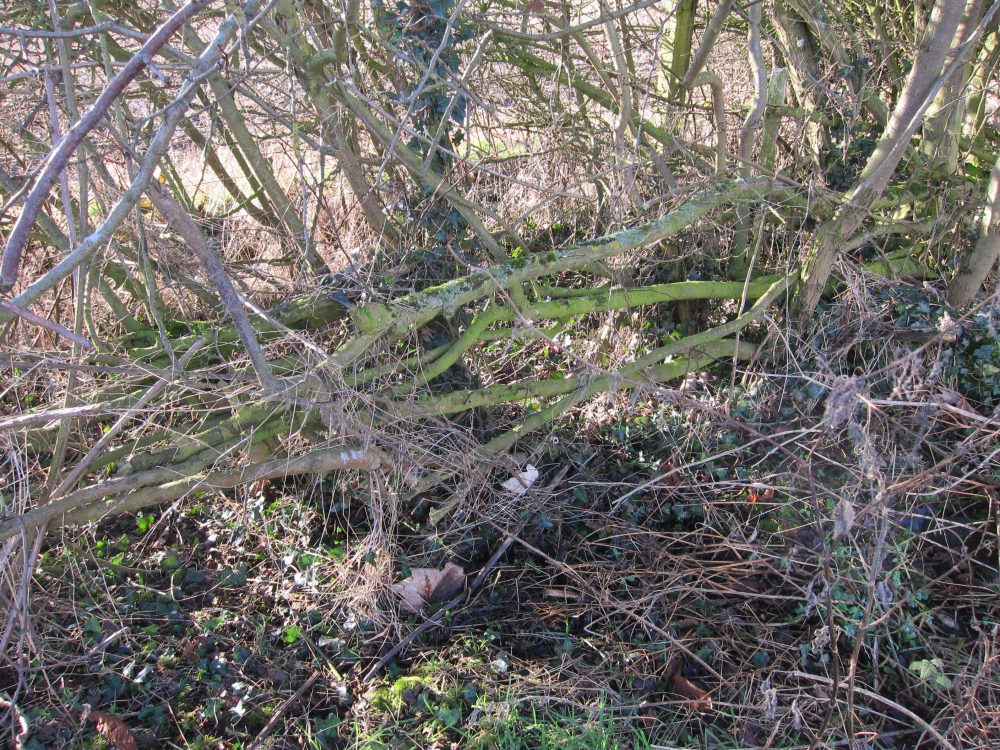 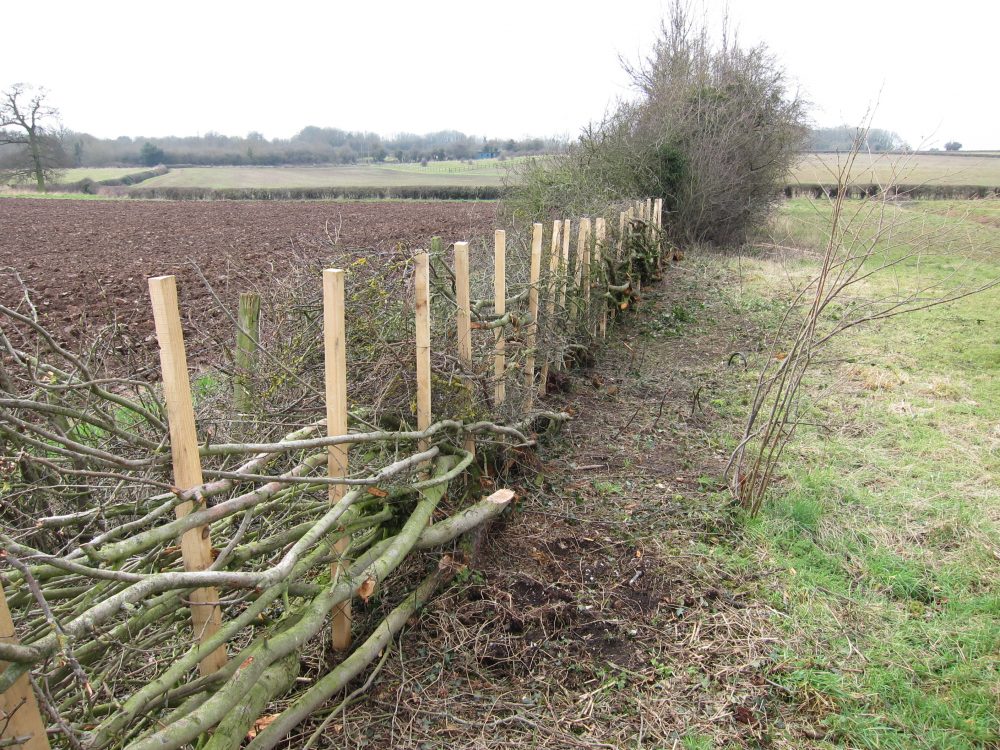