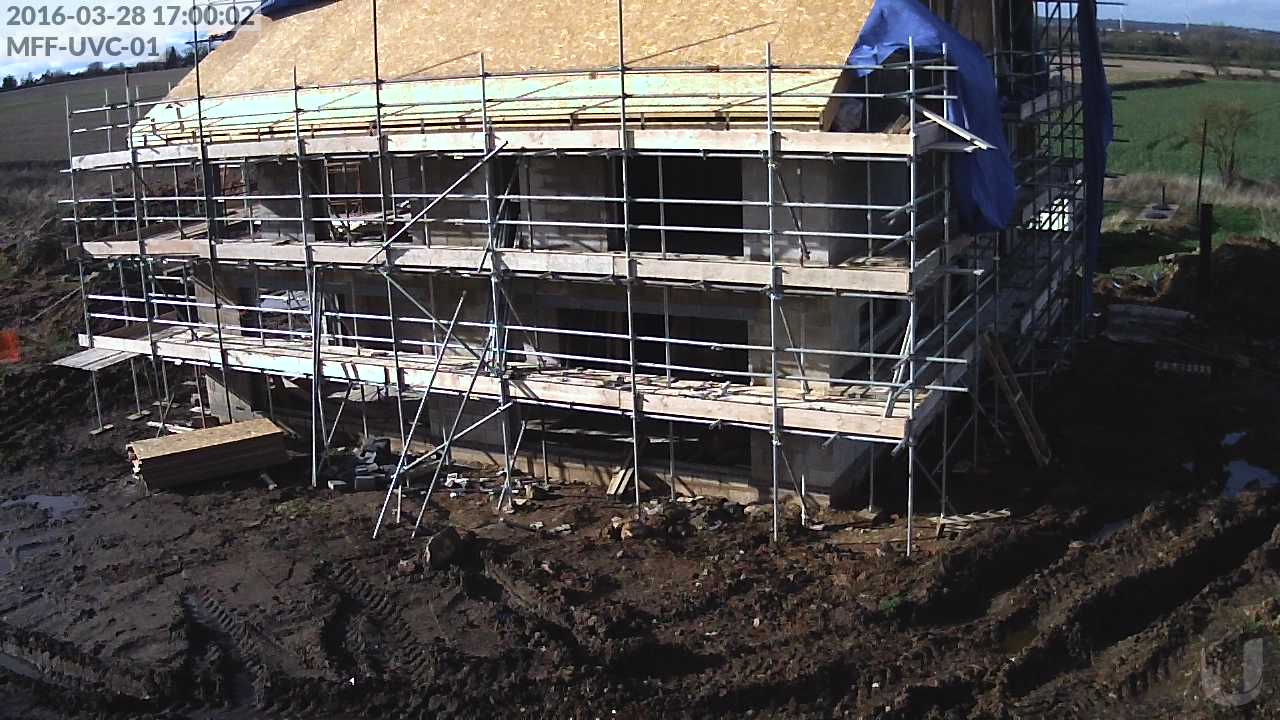 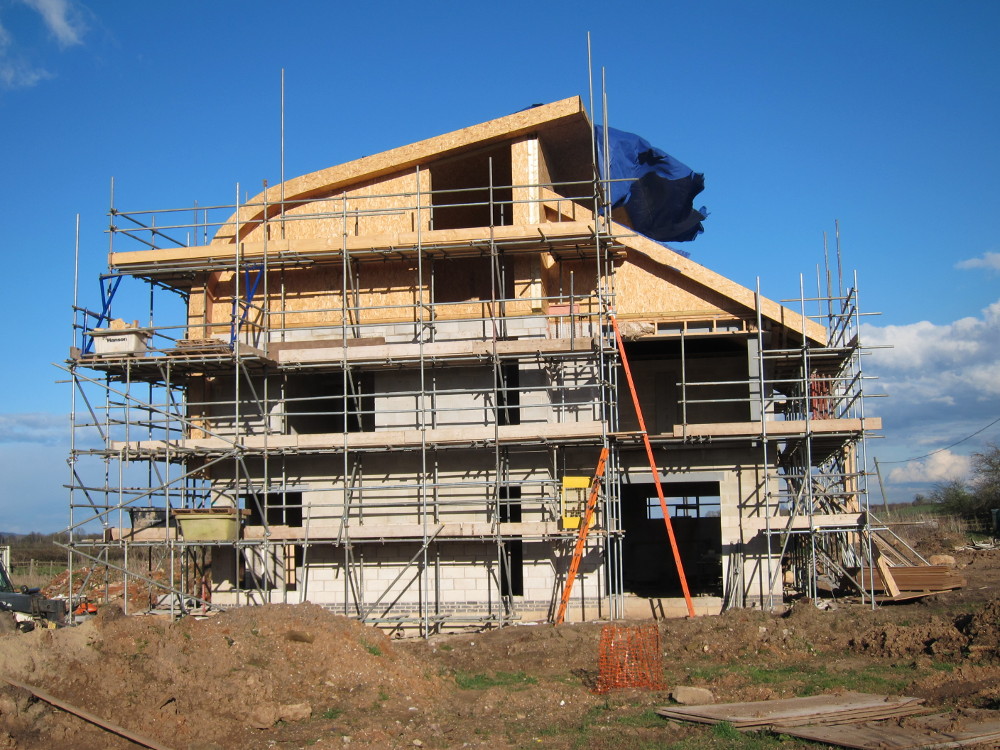 Amended scaffolding with an access gap for the windows

It seems that my automatic upload of the time-lapse photos to WordPress broke when the clocks went forward, so apologies for the auto-generated posts that said simply PLACEHOLDER since the weekend.

I’m deliberately naming the photo files with a UTC timestamp, so the photo above has filename 20160328T1600Z.jpg (16:00 UTC or “zulu” time on 28th March 2016) though the timestamp on the image (added automatically by the camera) says 17:00. The problem was that the photo file hadn’t been copied to the WordPress server when the scheduled job ran to insert the photo into the PLACEHOLDER post, since it was looking for the 16:00 filename (only actually written at 17:00) at 16:30. It doesn’t help that the server hosting WordPress is in Germany, and uses Central European time; that’s my excuse anyway.

The design team at Justin Smith Architects are justifiably proud of their design for Marsh Flatts Farm. As part of a refresh of the practice website Justin commissioned a very realistic rendering of their 3D model for the new house and outbuildings and kindly shared it with me. I thought it would be good to use a cropped version of the image as the new header for my blog.

Unlike most of the rest of the content on this site, the new header image is not my intellectual property and is not published under the Creative Commons Attribution-ShareAlike License. The image is Copyright © 2016 Justin Smith Architects, All Rights Reserved (reproduced here with permission).