There was some pretty wet and windy weather overnight last night. I’m pretty sure there were stronger winds over the winter but at this time of year the trees have plenty of leaves on so they catch the wind more. The weeping willow by my caravan lost a fairly big section of its canopy in the middle of the night and is looking a little worse for wear this morning. I’m a little worse for wear myself, having struggled to sleep while the wind and rain were beating on the sides and roof of the caravan. Fortunately the winds died down considerably by the early hours of the morning so I got some decent sleep for most of the night. 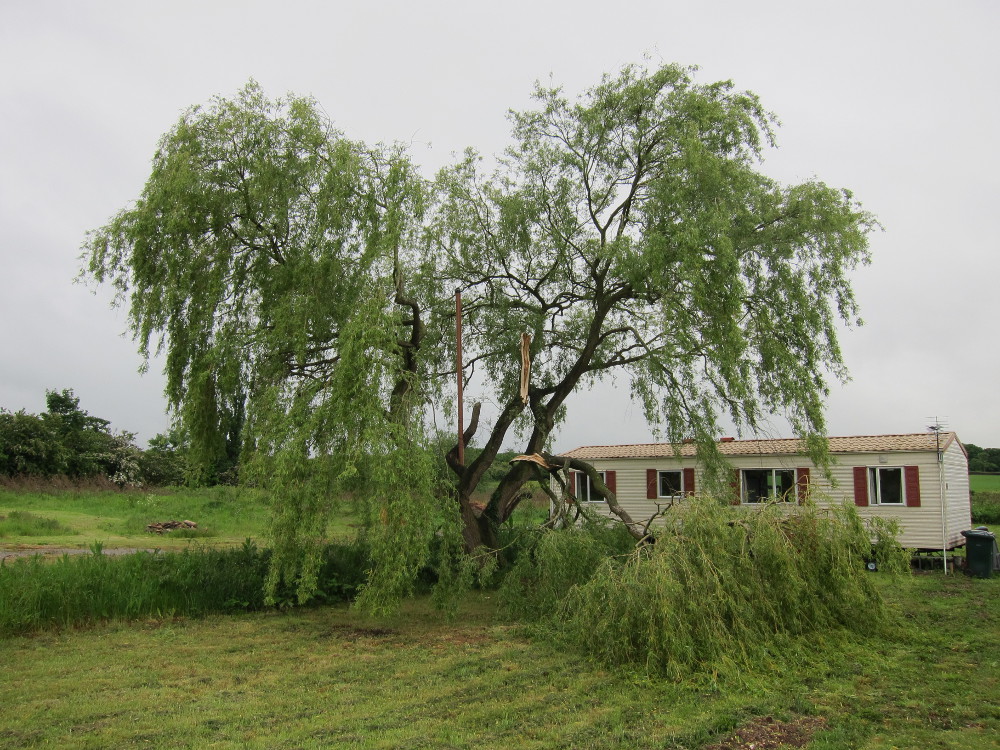 I guess I’m going to have to spend a few hours clearing up the debris at the weekend.

I keep meaning to do something about getting my own weather station set up, which would have been able to tell me exactly how strong the winds were. Until I get around to that, one advantage of being only a few miles from East Midlands Airport is that I can consult their weather data which tells me there were gusts of 70 km/h (43 mph) around 2am. See this link for the Weather Data for Airport EGNX on 2015-06-02.

For anyone who thinks that the airport ID code for East Midlands Airport is EMA rather than EGNX, note that there are two different airport coding schemes: