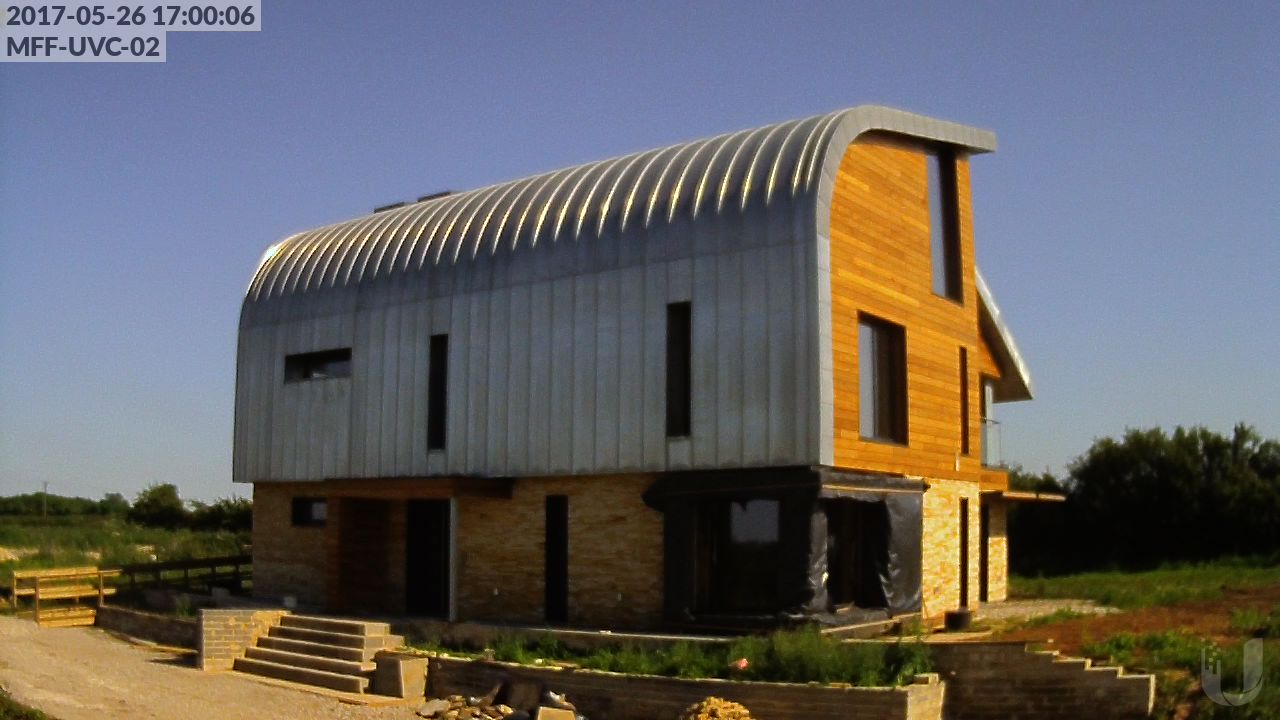 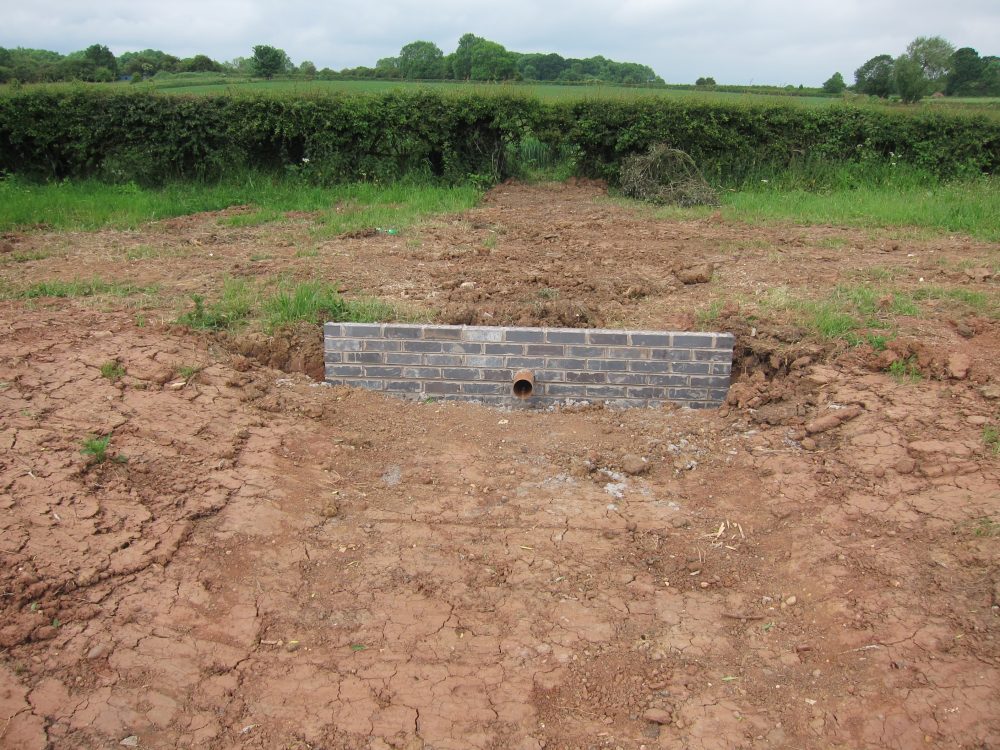 Dam wall at western end of swale; orifice plate not yet installed on outlet 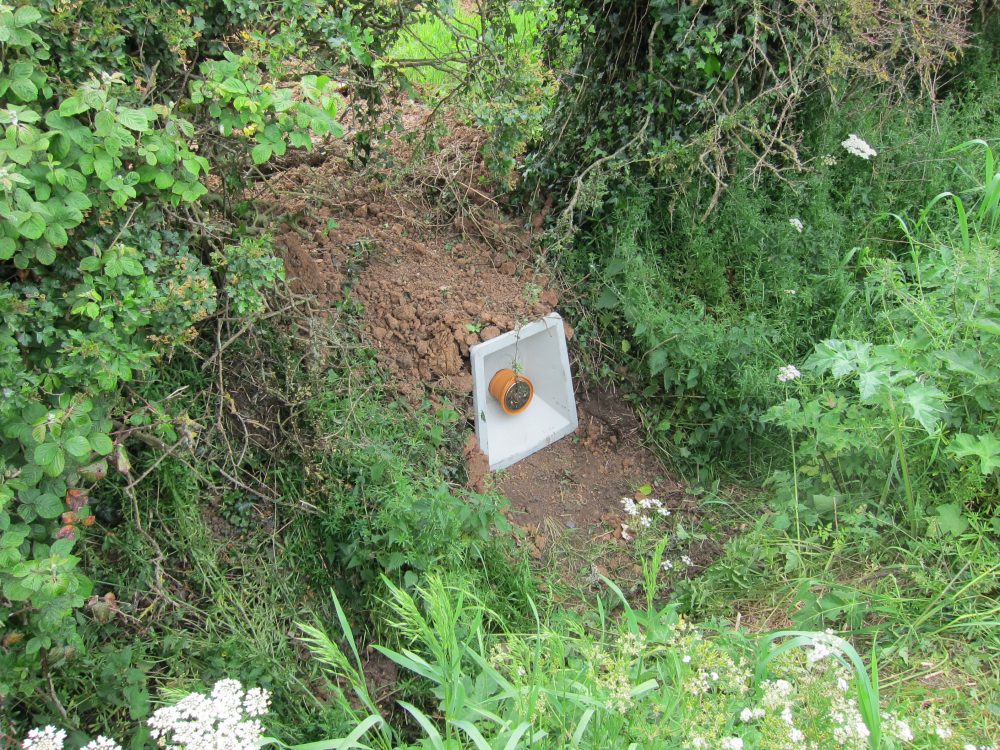 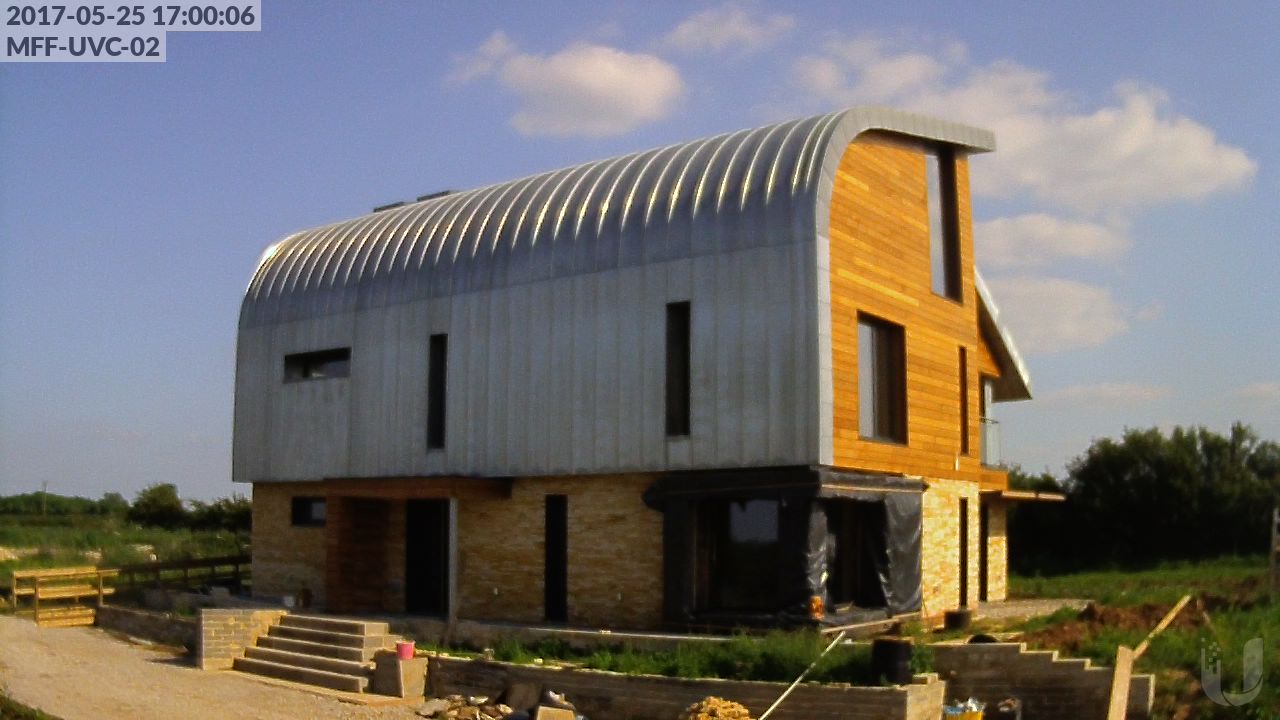 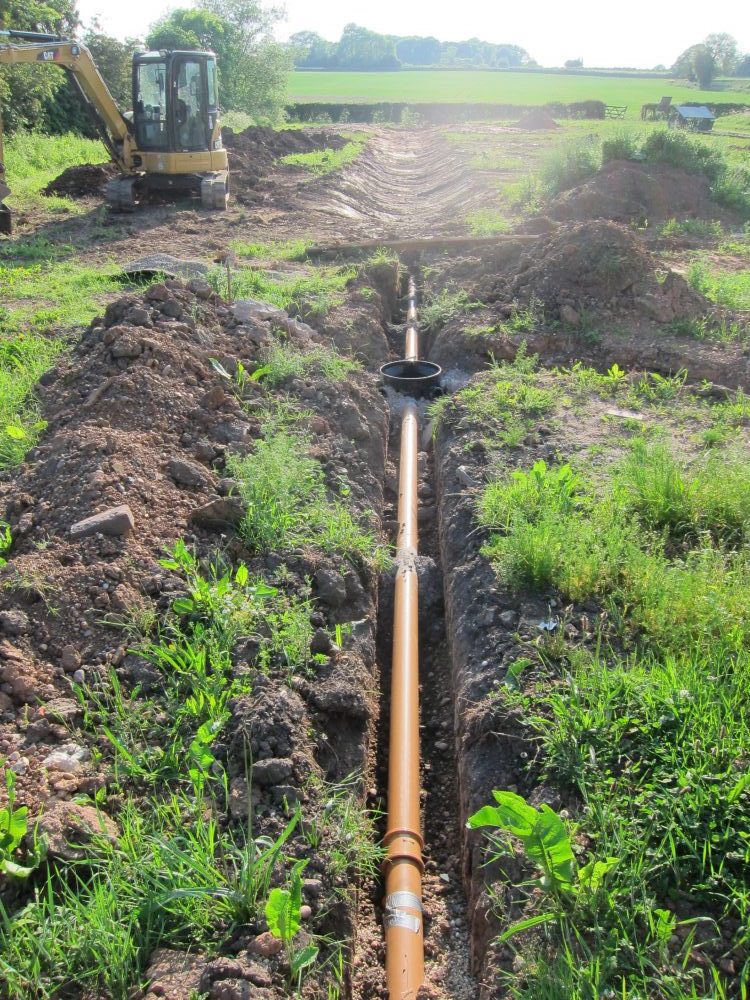 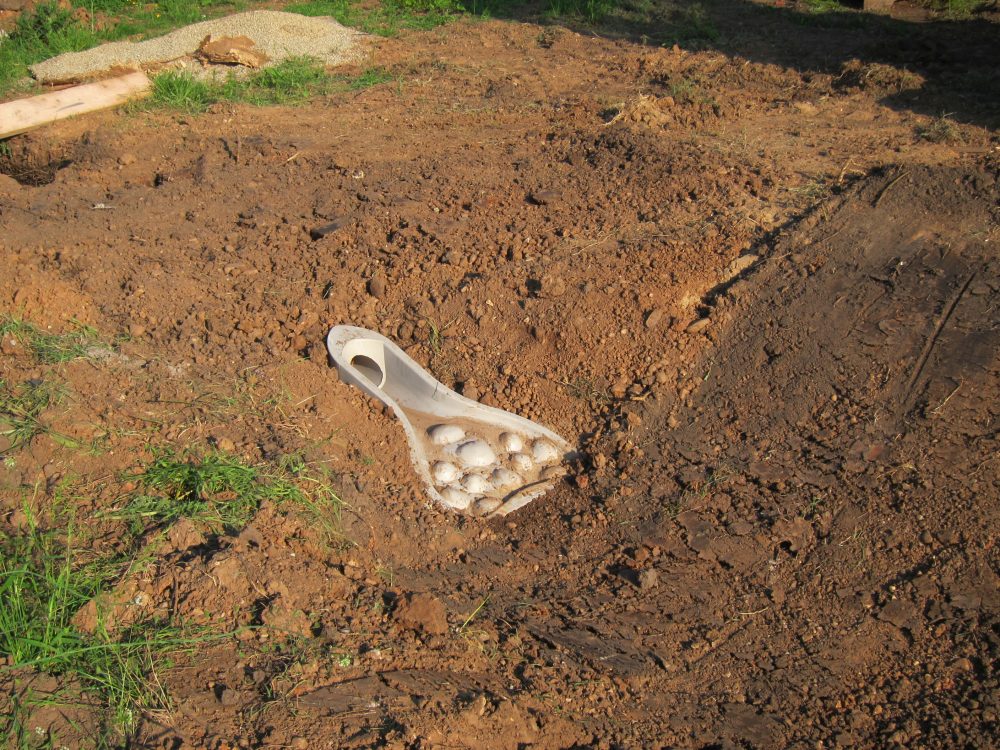