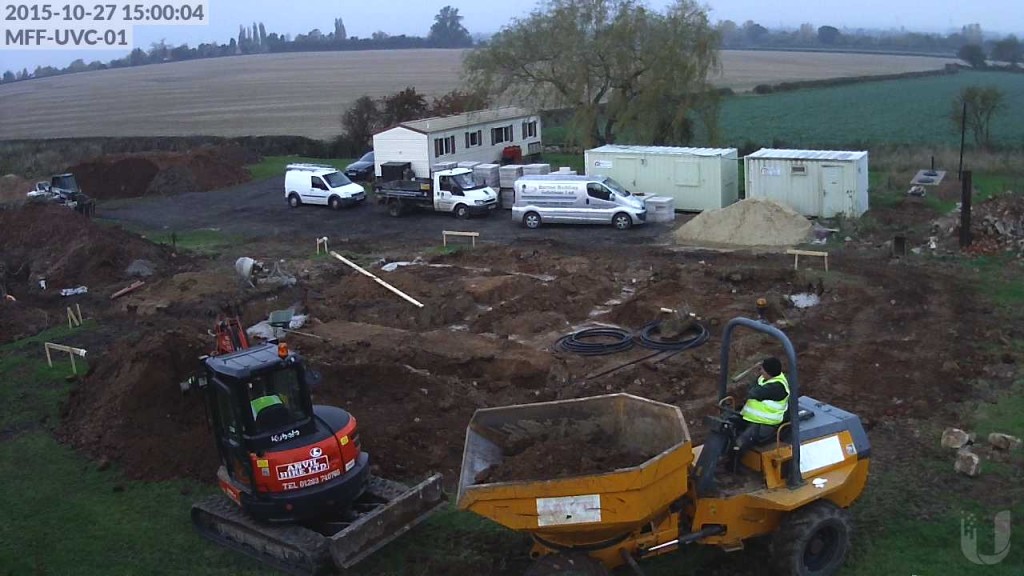 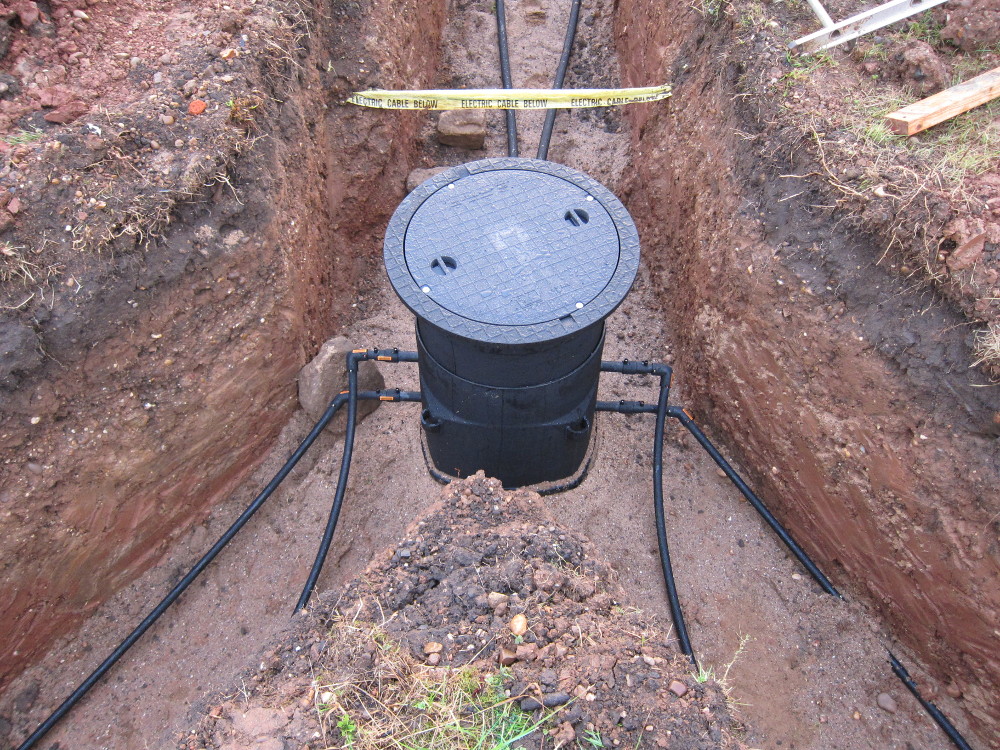 32mm GSHP collector pipes connecting to the manifold enclosure which contains filling connectors and balancing valves. The upper collector pipes are the ones which run straight along the inside edge of each trench and carry the flow to the house; the lower ones are the slinky loops. All pipe joints outside the manifold chamber are made using electrofusion connectors. 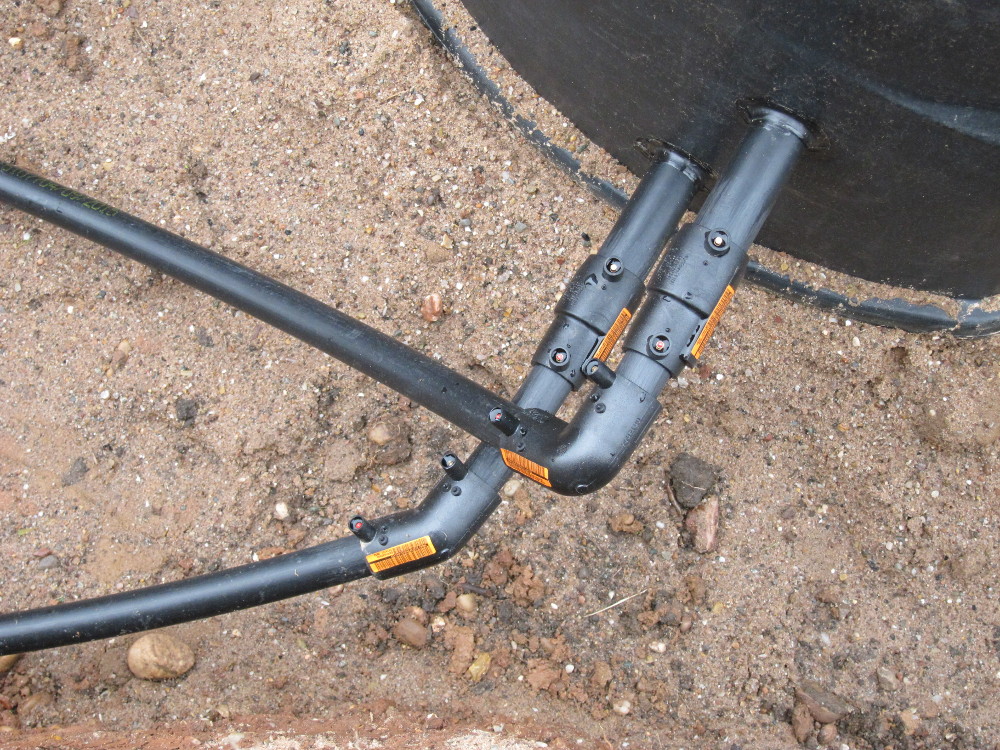 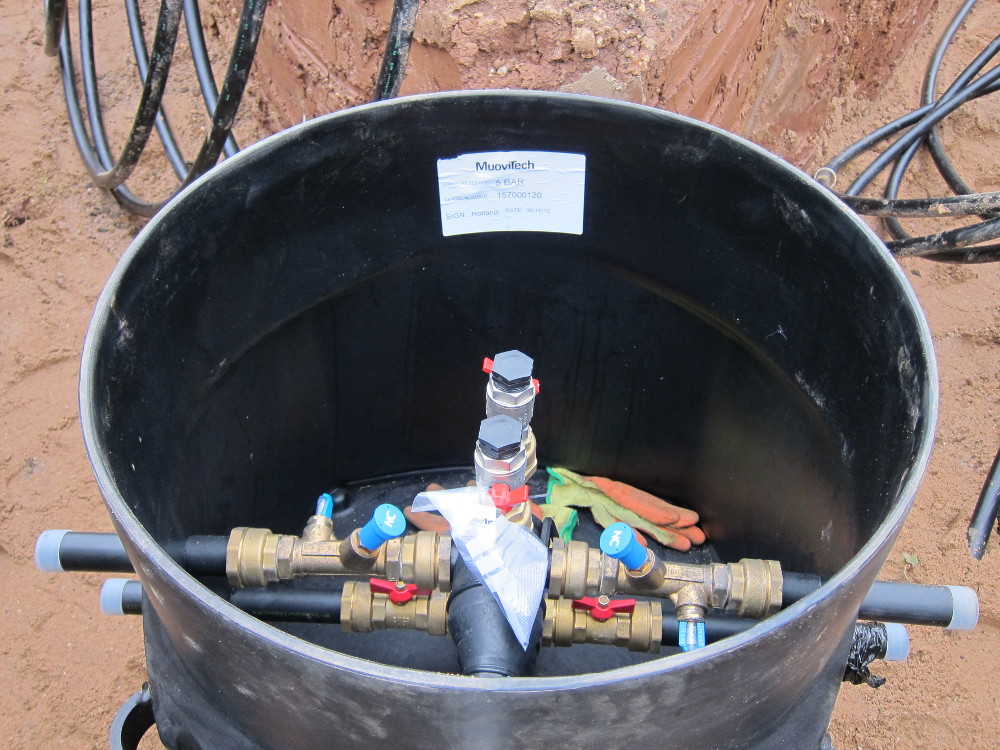 Inside the manifold chamber, before installation (from the other side)

One of the hourly snapshots from the time-lapse camera caught the first concrete delivery. 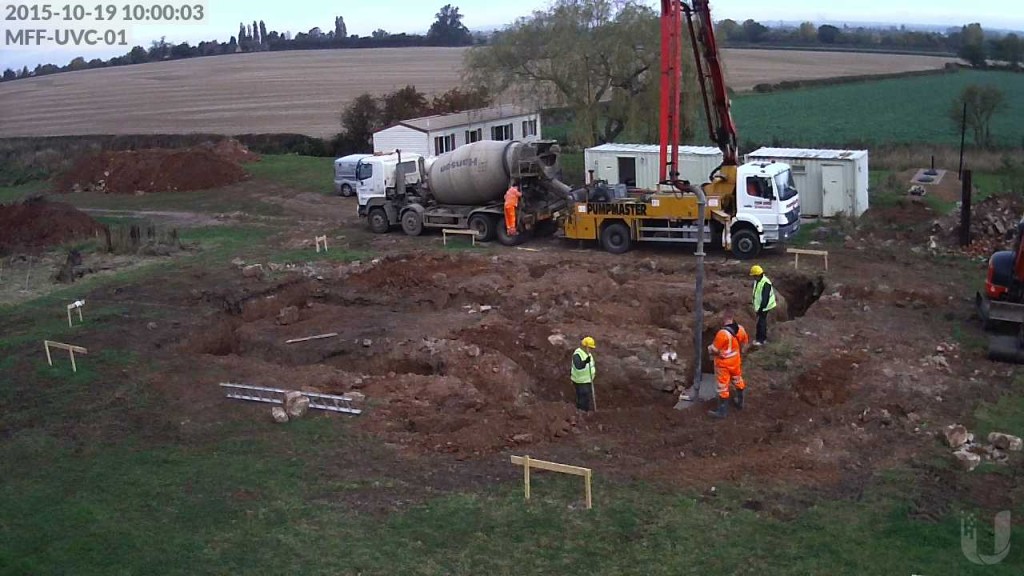 Photos of concrete aren’t the most exciting but here are a few highlights: 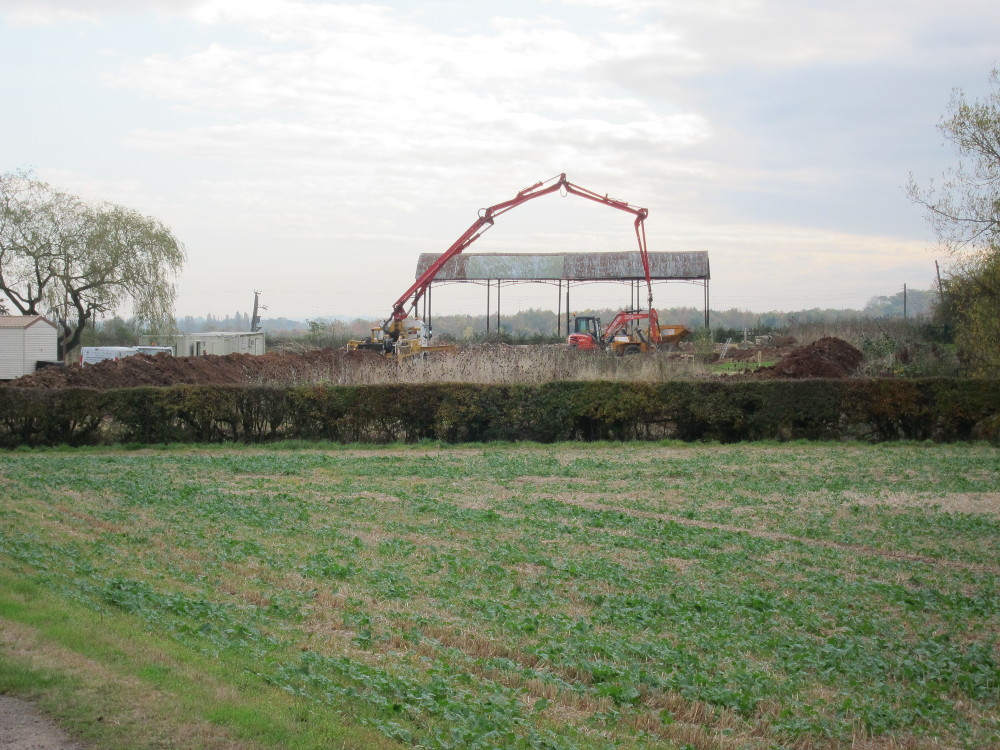 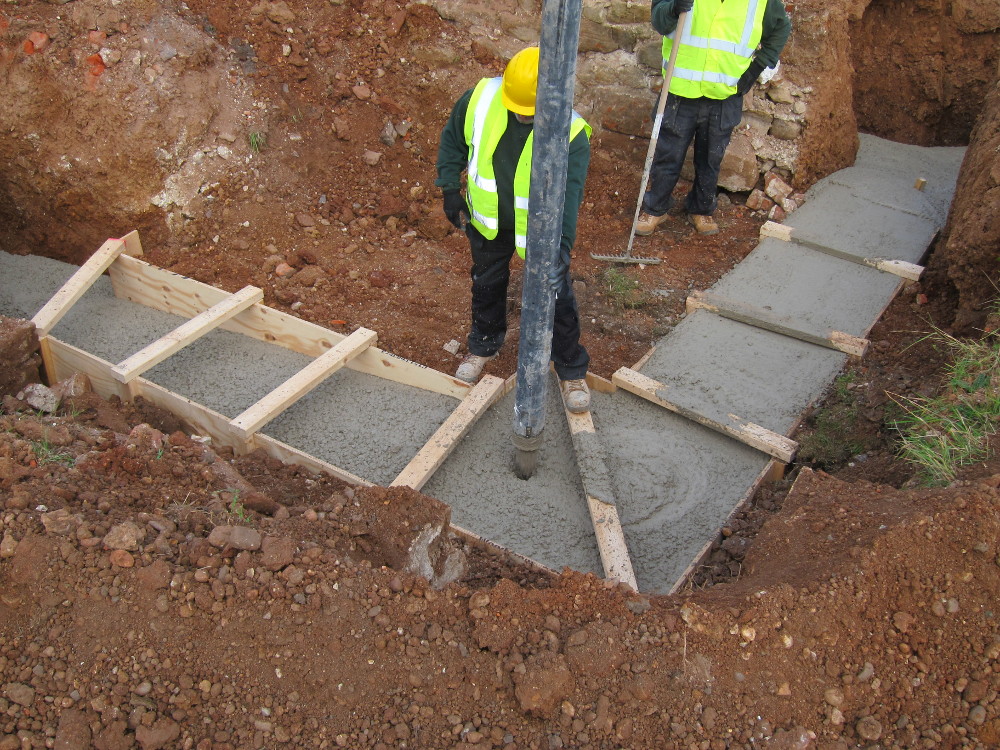 Pumping concrete into the shuttering in the old cellar 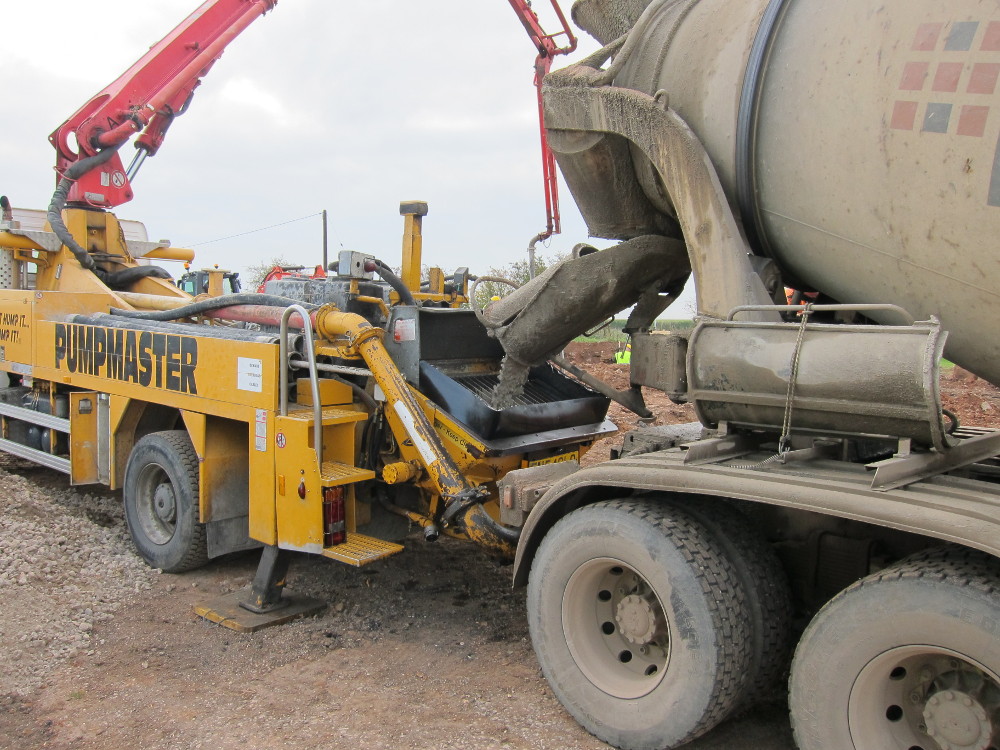 Keeping the pump fed with concrete 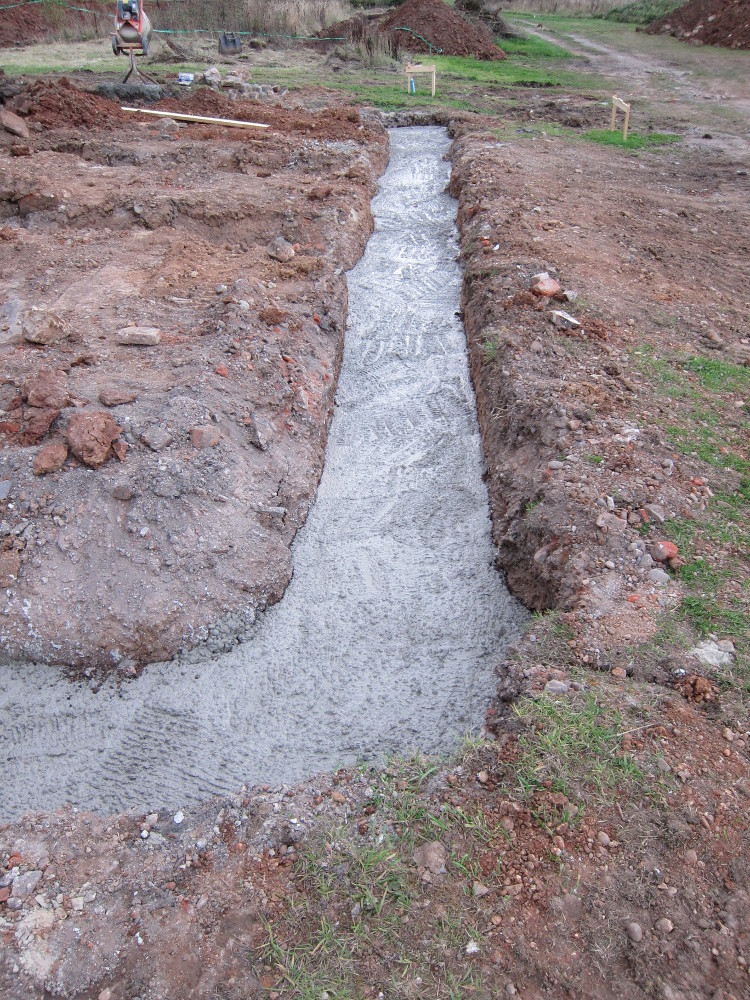