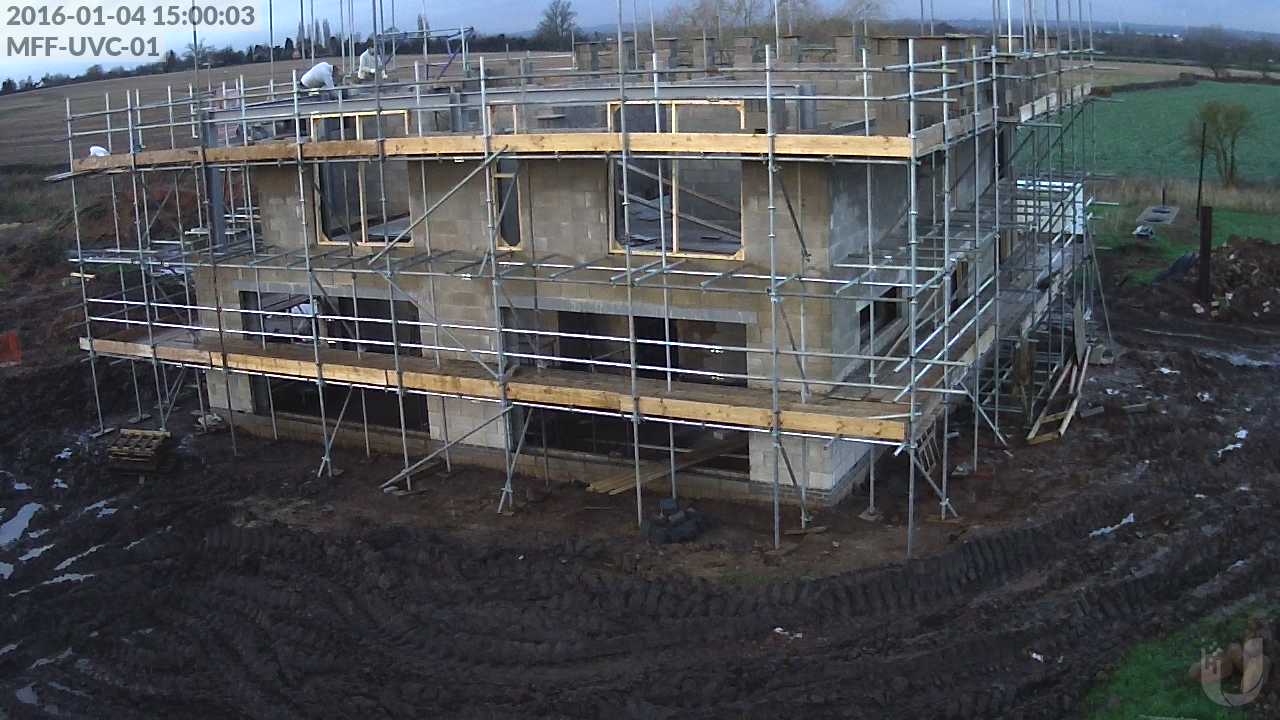 East Midlands Airport is only a few miles away. Mostly that doesn’t cause any problems, although about half of the flights carry cargo rather than passengers and cargo flights tend to use older – and hence noisier – planes. A lot of the passenger flights are charters rather than scheduled which is fine if you want to go on holiday but not so good if you want to go somewhere for work.

The EMA runway is oriented east-west and is off to the south so while flights can be seen soon after take-off and some of them bank to the right to head north over Derby they don’t normally fly directly overhead – with one exception. 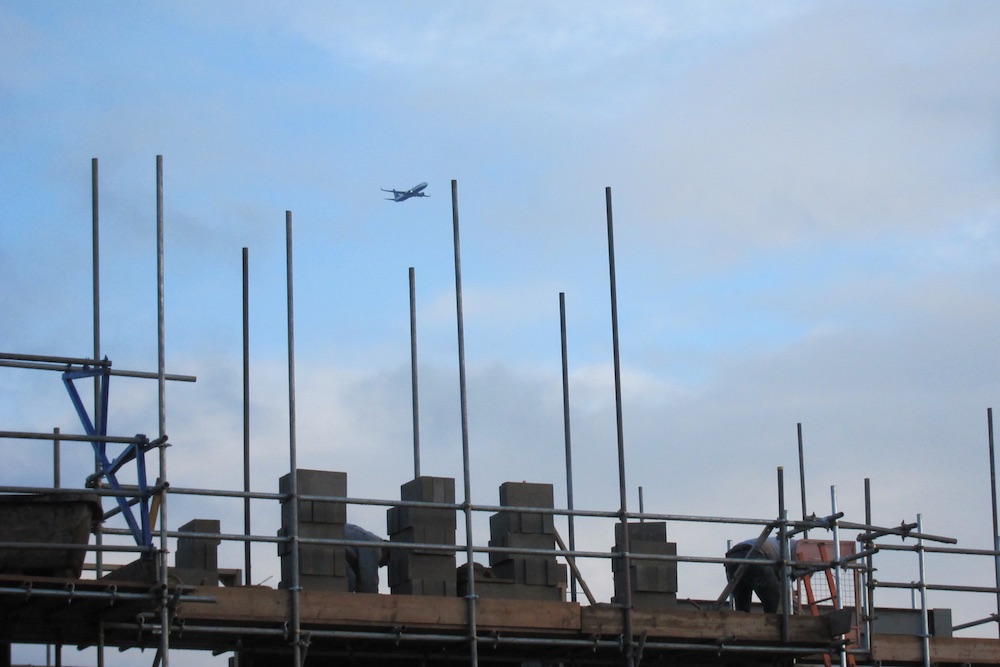 Ryanair do flight crew training at EMA which seems to consist of doing repeated touch-and-go landings and take-offs in succession, with fairly tight circuits in between. Usually these circuits go clockwise – landing (into the wind, presumably) heading west – but if the wind is blowing more from the east then they reverse the direction of traffic on the runway and fly anti-clockwise instead. That means they planes are heading west when they fly overhead, as per the photo above.

The FlightRadar24 real-time flight tracking website shows these circuits very nicely. In this screenshot the plane is pretty much directly overhead. 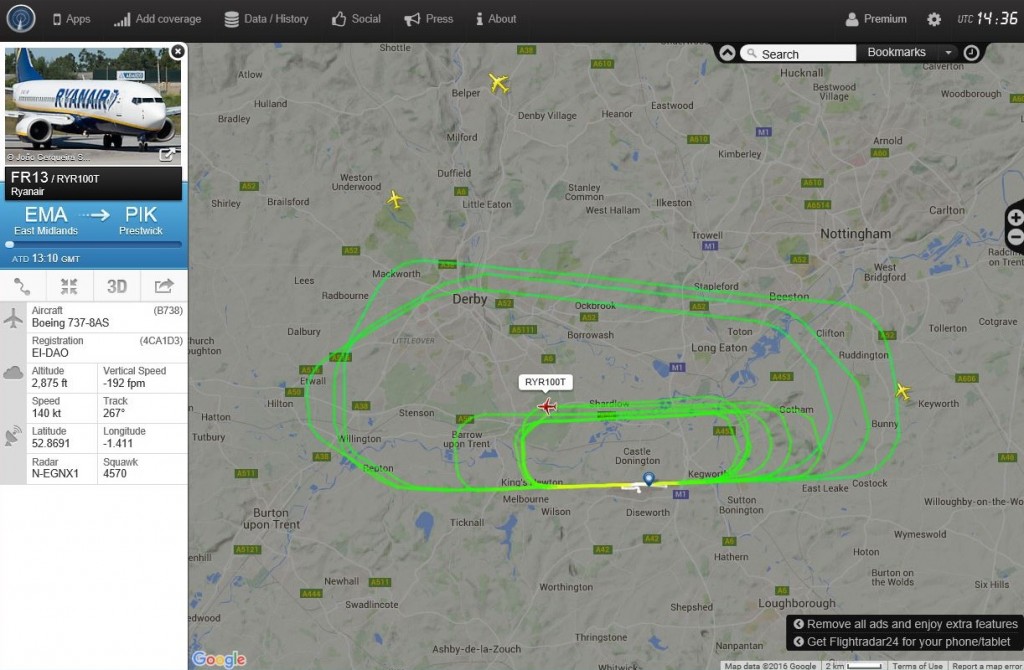 They only fly these circuits in the daytime, and only on weekdays, and far from every day, so I rather like seeing the plane come overhead. Although it’s quite low it’s going slowly so not very noisy.