Generally there’s not much construction done at the weekend but it’s quite common for scaffolding work to be done on Saturdays when the other trades are out of the way, and the team from S&N Scaffolding (Midlands) Ltd installed the first stage of scaffolding on the north side, where the ground is about 1m lower than on the south side, ready for the work on the blockwork walls above the ground floor level. 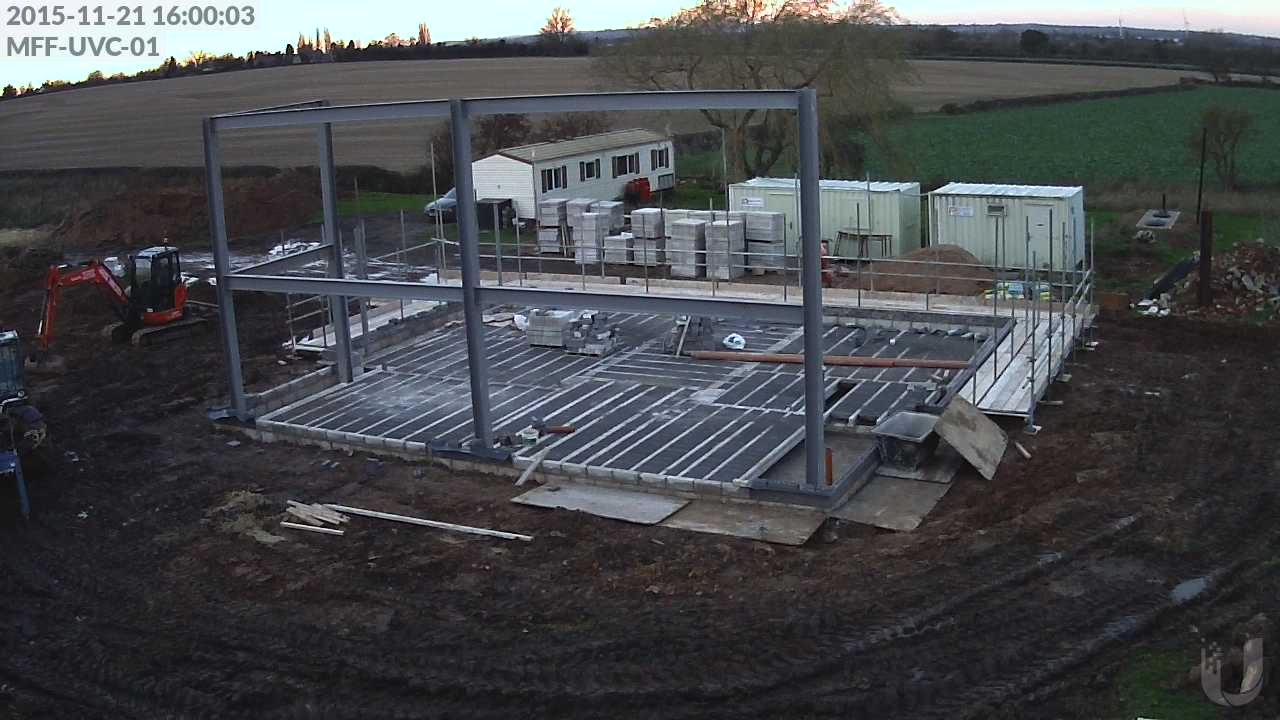 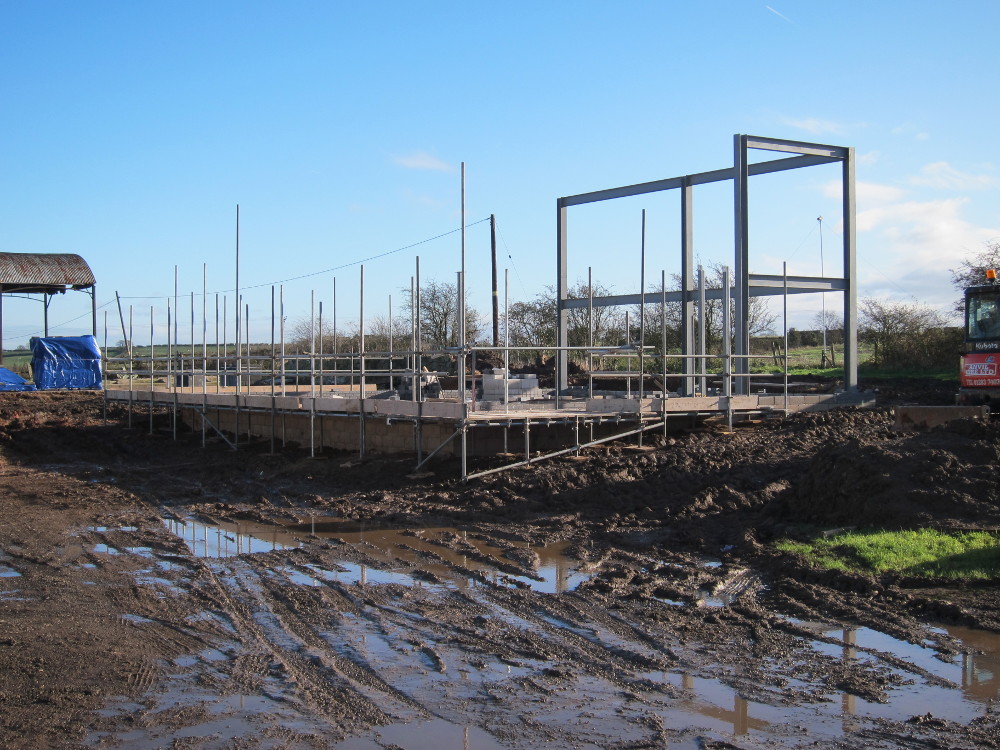 First section of scaffolding to north side, with working platform at DPC level

When the site’s previous electricity supply was reconnected in December 2013 for a very reasonable fee (as covered in some detail in this post) the agreement with Western Power Distribution (WPD), the local DNO, was that I would contact them again when the power supply requirements for the new house were better understood. They are particularly concerned about loads which have the potential to “disturb” the supply to neighbouring properties – in particular loads which have significant inductive characteristics, like big motors or arc welders – and any on-site generation above the 16A-per-phase threshold specified by the G83/2 guidelines (PDF link).

Right now the supply terminates in a green GRP cabinet near the electricity pole. The original plan was for that to be temporary and for the electricity meter to move into the Outbuildings with an onward feed to the House, but since the construction of the Outbuildings is being deferred the GRP cabinet will need to stay for a while and most likely for the long term. The plan is now to:

Had I wanted to move the meter then WPD would have had to take care of that, most likely re-cabling from the top of the supply pole to the new meter location, but since the meter is staying where it is there’s no need for any re-cabling for that purpose. However, there is a need for some re-cabling to cater for my preferred model of Ground Source Heat Pump, as noted in the Week 4, Day 5 post. I’d also like the option to install more than the G83/2 allowance of Solar PV in order to meet the Passivhaus Plus certification criteria.

The conclusion reached by the Western Power Distribution Team, following their site visit and the analysis of the data logging results, was that the thinner / older section of overhead cables were due a refresh anyway because of their age and due to evidence of previous damage and multiple repairs. The replacement cables would be of a slightly better specification (the same as the thicker / newer section of existing overhead cables) and would cater for the 32A start-up current of the NIBE F1145 GSHP as well as 5.5kWp of Solar PV generation capacity – all at no cost to me. In order for the work to proceed I had to sign WPD’s acceptance form saying I was happy with the terms of their zero-cost proposal, which I did today.

Most, if not all, of the re-cabling work will affect the fields owned by Thulston Fields Farm rather than my own property, so their consent is also required before the work can go ahead (plus a decision on whether to replace the poles and the overhead cables or whether to bury everything underground). There’s no particular hurry from my standpoint, as long as the work is completed before the GSHP system is ready to be commissioned (expected to be something like May / June 2016).

A lot of self builders seem to be unhappy with the service provided by their DNO but I must say I’ve been very happy with everyone I’ve dealt with at Western Power Distribution and I’m going to end up with a perfectly serviceable 15kVA grid connection for a very reasonable fee.