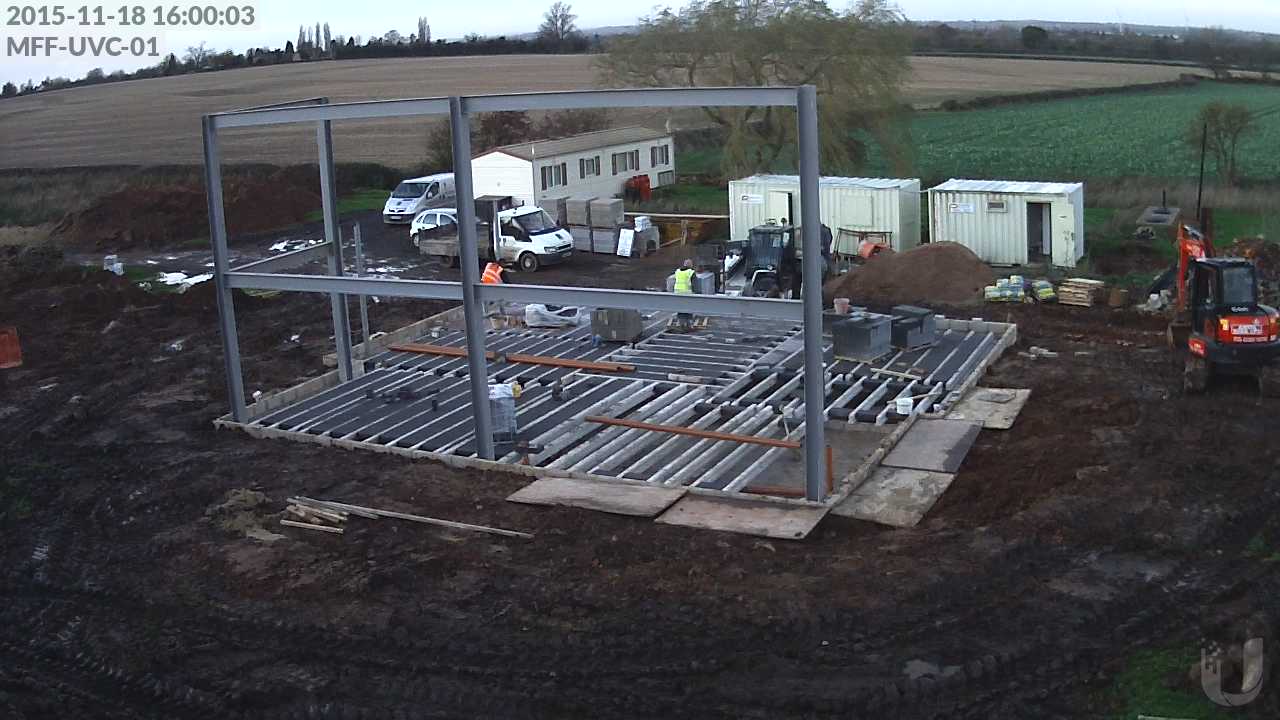 One advantage of the beam-and-block floor construction method is that it provides a solid working platform but it’s still possible to gain access to the under floor void throughout the majority of the build, by removing some of the blocks. The electricity cable and water mains connection will need to run through the underfloor void but they can be installed later.

A few weeks before completion, once most of the other work has been done, a layer of insulation will be laid on top of the beam-and-block and covered with a layer of concrete. In some areas this concrete will be polished to form the final floor finish; in others it will be left a little thinner and covered with engineered wood flooring.